(b) A £50 bond is payable by all Teams entered. The bond will roll over to the next season providing all fixtures have been completed and no fines have been incurred.

(c) Monies deducted owed to opposing home teams as a result of teams not fulfilling fixtures must be settled on registration night if renewing.

(d) Singles Knockout fees are £5 per player entered. All monies go into the prize fund.

(e) All teams are required to provide a raffle prize for the presentation night.

(a) Players must sign on at the beginning of the season. Signing on sheets must be completed and handed in at the first compulsory league meeting.

Additional players can be registered at any time during the season provided the committee is informed in advance via a text message to the pool contact number 07548 363974. Failure to inform the committee in advance of registering a player will result in any games played by that player being awarded to the opposition

(b) Any Player wishing to transfer from one Team to another Team should advise the Committee beforehand and get the approval of the captain of the team they are leaving. Failure to do so will result in the player being suspended until the issue is resolved. Players may not transfer between teams at the same venue after the halfway point in the season. A player may only transfer teams once per season

(c) Any Player transferring to another Team is cup tied and cannot play in the Team Knockout for their new Team if they have previously played in the cup competition.

(d) In the instance a venue has more than one team, said teams may not substitute players in for specific games, normal transfer rules will apply (eg. if Team A has a game but Team B does not, then players from Team B may not play for Team A)

(f) Replacement players or additional players are not permitted in the singles KO once the first draw has taken place. No refunds will be provided if you are unable to attend your game

(h) Teams fielding players under the age of 18 must contact the opposing team when playing away to confirm that this is OK. Some Venues can’t allow this, as their licence doesn’t cover children – there is nothing the League can do to overturn this decision.

(a) Match Sheets must be completed before the start of the match with the Home Team listing their Player first. Any changes made must be initialled by the opposing captain – players can sign at ANY time before the captains sign the match off.

(b) Reserve players should be listed on the match sheet prior to the match commencing, thereby any player who is late or has to leave the venue early can be replaced by a reserve player.

(c) All Match Sheets are to be held by the winning Team. Winning Teams should be able to produce all of their Match Sheets upon request for the handling of any disputed frames.

(d) Both Captains must sign the Match Sheet at the end of the Match. If either Captain fails to sign the Sheet it will be assumed that there is a dispute that will need resolving.

(e) Any seven-ball clearances are to be noted on the reverse of the Match Sheet and both Captains are to sign as witnesses. Seven Ball Clearances should also be texted in with the results including the team each player represents.

(f) Upon completion of the match the winning team is required to take a photo of the match sheet and send a copy of the photo either via text (picture message) or WhatsApp to the league contact number 07548 363974. (At the latest the result must be received by 12pm  the following day). Any member of the team may communicate the result

- On first occurence the result will be chased and updated accordingly

- On third occurence winning team will not receive any points. Losing team will still be awarded any relevant points

Results are ONLY to be sent to 07548 363974. If this number is unavailable an alternative will be published both on the website and the Facebook page.

(b) Any team that may be delayed should contact the home team out of courtesy to advise. Captains should wherever reasonable try to accommodate if given advanced warning.

In the case of extreme weather or traffic conditions the committee may decide to waiver any late postponements – this will be announced as soon as possible.

In the case that you need to postpone a match you should contact the opposition team captain as soon as possible to advise accordingly along with notifying the committee via the usual contact number, With regards to communication of postponments the following rules apply

- Wednesday – opposing team automatically wins 6-0 and £20 deducted from the bond of the cancelling team and awarded to opposing team if they should have played at home.

(e) Teams having problems with home fixtures may reverse venues with the consent of the opposing team. In such an instance the committee should be informed

(f) As stated above, in the instance that the required notice is not provided of a game postponement , £20 will be deducted from the bond of the postponing team (if they were due to play away) and provided to the hosting team to cover food costs. The second instance a team fails to provide the required notice a further £20 will be taken from their bond (if they were due to play away). Should a team fail to provide the required notice on a third occasion, (regardless if previous postponments were for home or away fixtures), no monies will be refunded , the team will be expelled from the league and they will be prevented from re-entering a team the following season.

(g) All teams are expected to fulfill all fixtures before the end of the season wherever possible. Teams who continually fail to complete fixtures may be restricted from entering the league the following season at discretion of the committee

(h) Any team that folds before the end of the season without fulfilling all of their fixtures will not be allowed to re-enter the following season.

(i) It is the home Teams responsibility to provide food on the evening of the match for both Teams.

(a) The League will be split into Divisions depending on the number of entrants.

(b) At the end of the Season promotion and relegation will be decided based on performance and upon which teams decide to renew. New teams automatically join the lower division.

It is worth noting that as teams fold, merge and new teams join the League, promotion happens more frequently than relegation.

(c) Teams may also be moved between Divisions in extreme circumstances in order to balance them.

(d) Trophies will be awarded for Teams finishing in the following positions;

- Winner and runner up of Singles knockout competition

- A trophy will also be awarded to any Team who wins a League Match 9 – 0 and any player who wins a frame by 7 balling their opponent in the league only.

Trophies will be awarded as follows

Singles knockout runner up - Trophy for individual to keep

(e) All monies received for entry to singles knockout will be paid out in full between the top 8 players.

(a) Meetings will be held as and when to organise knockout draws.

(b) Advance notice will be given of all meetings.

(a) It is the Captain’s responsibility to ensure that all their Players have knowledge of the games rules. However players can query a rule with the referee at any time.

(b) The home Team is to break first and the away Team is to referee first. This alternates throughout the Match.

(d) No conversation relating to the game is to take place between Players and non-Players during play. Players in a doubles team must not converse once player has addressed the table at the start of the visit – this does not mean touching the table but settling down to play the first shot.

(e) Players are not allowed to pick the cue ball up after a foul if it remains on the table. They must ask the Referee to do this otherwise a foul will be called against. They can however retrieve the cue ball from below the table.

(f) After a foul shot and the ball has been moved behind the baulk line, the Player is allowed to move the ball into place using their hand or the stem of the cue. It is however a foul if the tip of the cue touched the cue ball whilst moving it into place.

(g) In the case of an impossible position the Frame should be re-racked with the same player breaking.

(h) In the case of a stalemate, e.g. both Players playing safe, the Referee may give both Players 3 additional visits. If no progress has been made during this time, the Frame is to be re-racked with the same player breaking.

(i) The Referee’s decision is final. (Except in extreme circumstances where both Captains may overrule the decision).

(j) On no account is any result to be submitted where any player has played more than one singles and one doubles game. If a team has insufficient players when the frames will be automatically given to the other team.

Outstanding frames can still be played out of courtesy to those players who have turned up but will not count.

(a) . All members of the PPL shall endeavour at all times to abide by the rules of the League.

(b) The Committee reserve the right to suspend, fine or expel any team for breach of these rules or any other rule that the committee makes at any future time or for any act deemed to have brought the League into disrepute. Any member/team will be afforded every opportunity to defend themselves or explain themselves to the Committee.

(c). Any team expelled from the League will forfeit the whole of any subscriptions and bond paid for the current season and any rights accorded to them as members of the League.

(a) Any player wanting to play for the Inter League team (currently one team registered) must participate in a minimum of 1 match in the Pudsey Pool League (PPL), Signing on as a reserve player does not constitute as playing in a match

It does not matter if a cue ball has a dot on it.

Please note that team captains should check their opponents table before commencing a match. Tables should be cleaned and levelled to a reasonable standard. No table will be perfect and you are playing in a local pub, not The Crucible. Whilst the Pool League does not set any minimum standards for the size of the tables used we would appreciate it if the following points could be observed;$

- The table should be brushed clean and levelled on the evening of matches.

- A rest should be made available and also a short cue if play with a full length cue is restricted in some manner.

If any of the details on the Contact Sheet are incorrect or missing could you please advise the management committee and we  will update accordingly them and inform other teams.

The Pool League does not restrict players under the age of 18 from registering although we understand that some venues might not allow under 18’s entry. When playing away at a venue the opposition should be contacted (preferably the Landlord/Manager of the venue) and permission sought in advance.

Please encourage as many players as possible to come to presentation night – the remaining league fees after all of the trophies have been paid go into this night – it is your league, you pay for it and presentation night is the celebration of the entire season’s efforts.

No trophies will be awarded to teams not attending (and contributing their raffle prize!) 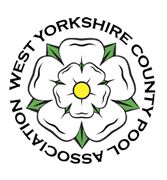 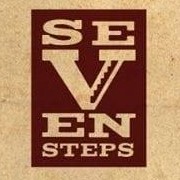 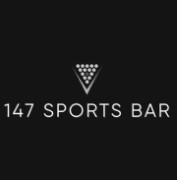 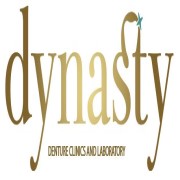